I’ve been very privileged to serve on the panel for this year’s Ngaio Marsh Award for Best Novel, New Zealand’s most prestigious award for crime fiction. It’s been a real pleasure to read some excellent Kiwi crime fiction, and it wasn’t easy to choose the finalists. But…  here are the six finalists for this year’s award:

When seven-year-old Alyssa is kidnapped, Deputy Noah Harper decides he will do what it takes to find her—but that means

crossing lines he can never come back from. Finding the girl safe isn’t enough to stop Noah from losing his job, his wife, and from being kicked out of Acacia Pines. He’s told if he ever returns, he’ll be put in jail and left there to rot. Now, 12 years later, comes a phone call. Alyssa is missing again and her father wants him to honor the promise he made to her all those years earlier—that he would never let anything bad happen to her again. To find her, Noah is going to have to head back to the pines, and come face to face with the past. 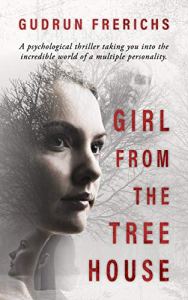 Elizabeth, a woman diagnosed with dissociative identity disorder, grabs the opportunity to escape abuse when her husband unexpectedly dies.

Hidden away in New Zealand’s wild West Coast she plans to start a new life. She didn’t expect that monsters from her past still had her on their radar. When the police accuse her of a murder she has to run again. Where to go, which way to turn? Can she trust her neighbor Scott who’d become a good friend? Can she trust anyone? Can she trust herself…or is everything lost?

Taukiri was born into sorrow. Auē can be heard in the sound of the sea he loves 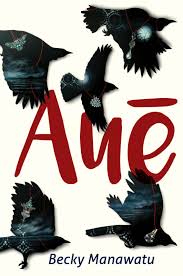 and hates, and in the music he draws out of the guitar that was his father’s. It spills out of the gang violence that killed his father and sent his mother into hiding, and the shame he feels about abandoning his eight-year-old brother to a violent home.

But Ārama is braver than he looks, and he has a friend and his friend has a dog, and the three of them together might just be strong enough to turn back the tide of sorrow. As long as there’s aroha to give and stories to tell and a good supply of plasters.

Tippy Chan is eleven and lives in a small town in a very quiet part of the world – the place her Uncle Pike escaped from the first chance he got as a teenager. Now Pike is back with his new boyfriend Devon to look after Tippy while her mum’s on a cruise.

Tippy is in love with her uncle’s old Nancy Drew books, especially the early ones where Nancy was sixteen and did whatever she wanted. She wants to be Nancy and is desperate to solve a real mystery. When her teacher’s body is found beside Riverstone’s only traffic light, Tippy’s moment has arrived. She and her minders form The Nancys, a secret amateur detective club.

But what starts as a bonding and sightseeing adventure quickly morphs into something far more dangerous. A wrongful arrest, a close call with the murderer, and an intervention from Tippy’s mum all conspire against The Nancys. But regardless of their own safety, and despite the constant distraction of questionable fashion choices in the town that style forgot, The Nancys know only they can stop the killer from striking again. 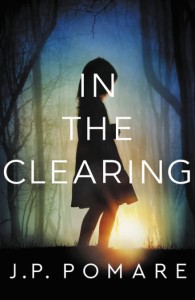 Amy has only ever known life in the Clearing, amidst her brothers and sisters–until a newcomer, a younger girl, joins the “family” and offers a glimpse of the outside world.

Freya is going to great lengths to seem like an “everyday mum,” even as she maintains her isolated lifestyle, hoping to protect her young son and her dog.

When news breaks of a missing girl–a child the same age as Freya’s son, Billy–Amy and Freya find themselves headed for a shocking collision.

One day to go 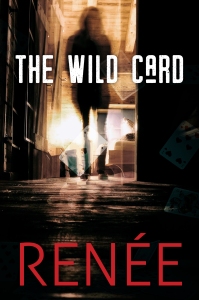 Sure thirty years is a long time. Sure the case was closed. Well, never really a case as such. Fifteen-year-old brown girl tops herself, who cares? Turn the page. That bloody notebook, thought Club. God knows what was in it. Who knew that little bitch could even write? Ruby Palmer has been dealt a rough hand. She was left in a kete at the back door of the Porohiwi Home for Children when she was a baby, and then at seven she discovered that Betty – who stopped the bad stuff happening to Ruby at the Home – had drowned. Now in her thirties, Ruby needs to find out what really happened to her and Betty at the Home – and her only lead is a notebook that uses the symbols in playing cards to tell a story she doesn’t fully understand. But her investigations set off a chain reaction: a man in a balaclava attacks her and there are break-ins at her apartment and the local theatre where she’s acting in ‘The Importance of Being Earnest’. As Ruby goes deeper into the mystery at the heart of the Home, she starts to find answers to questions she hadn’t dared ask.

So there you have it – the six finalists. The winner will be announced a little later this year. But you don’t have to wait until then to try these novels – you won’t regret it!

*NOTE: The title of this post is a line from Hello Sailor’s Winning Ticket.

14 thoughts on “Then One Day You Find a Winning Ticket*”