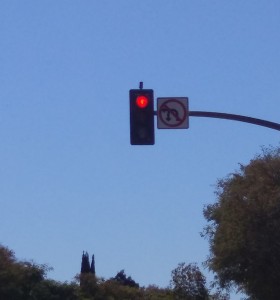 An interesting comment exchange with Bill, at Mysteries and More From Saskatchewan, has got me thinking about the way characters act. Well-developed fictional characters have patterns in the ways they behave. For example, if a character tends to be shy, we wouldn’t expect that character to suggest a karaoke night or to be comfortable asking someone out on a date. In fact, if a character doesn’t behave consistently, a lot of readers don’t like it (e.g. ‘She would never do that. This just isn’t credible.).

That said, though, there are examples in crime fiction where characters don’t behave at all the way we might expect. For some readers, that takes away from a story. For others, it depends on why the character behaves so differently.

For example, in Agatha Christie’s The Murder on the Links, Hercule Poirot and Captain Hastings investigate the murder of Paul Renault, whose body is found on a golf course next to his home. There are several suspects, and more than one motive. One person who seems to be mixed up in the case is a young woman who calls herself Cinderella. She’s smart enough to know that that she is a suspect, and one evening, she goes to the hotel where Poirot and Hastings are staying. She and Hastings are having a conversation when Poirot unexpectedly comes in. Very uncharacteristically, Hastings urges ‘Cinderella’ to leave, and prevents Poirot from going after her. That causes a rift between the two, which is also unusual. But there’s a very clear reason Hastings acts the way he does: he’s in love. He doesn’t want ‘Cinderella’ to go to prison, and he wants to protect her as much as he can. It’s quite a departure from the way Hastings usually interacts with Poirot, and it’s interesting to see how Christie worked it.

Any fan of Rex Stout’s Nero Wolfe can tell you that he is a gourmand. He may weigh, as Archie Goodwin puts it, a seventh of a ton, but he has no interest in dieting, and even less in exercising. And yet, in Not Quite Dead Enough, he does both. WW II is going on, and Wolfe wants to help his adopted country. This in itself isn’t inconsistent; Wolfe mentions more than once in the series that he is grateful for the opportunities that becoming a US citizen has granted him. What’s surprising is that Wolfe and his chef Fritz Brenner are training to be solders. Wolfe is on a strict diet, and he’s engaging in a great deal of exercise, and that’s enough to shock Archie Goodwin when he finds out. Goodwin himself has enlisted in the military, and has been assigned to do counterintelligence. The military brass want Wolfe to be involved in counterintelligence, too, but Wolfe wants to be a soldier, and nothing will persuade him otherwise. Then, there’s a murder. A friend of Archie’s sometime-girlfriend Lily Rowan has been killed, and Archie’s a suspect. If anything can persuade Wolfe to do what he does best – detect – it’s a new case…

Michael Redhill (AKA Inger Ash Wolfe) has created an interesting protagonist in the person of Detective Inspector (DI) Hazel Micallef, who is based in Port Dundas, Ontario. She has her faults and weaknesses, as we all do. But although she can be prickly, she is a balanced, mature adult and a skilled police detective. She’s also no longer young, and she’s gained some wisdom over the years. She doesn’t generally behave in a rash way, although she’s not always a stickler for every rule. More or less, she’s a steady hand, as you might say. But that’s not the case in A Door in the River. That novel begins with the discovery of the body of local hardware store owner Henry Wiest. Micallef and her team are looking into that matter when the victim’s wife is attacked and robbed. The investigation leads to a reserve that houses a casino – and to some very dark things that are going on. When Micallef finds out the truth, she behaves in some very uncharacteristic ways. I don’t want to say too much about it, for fear of spoilers. But suffice it to say that it’s not the Hazel Micallef that many fans had come to like very much.

There are also some interesting cases of characters who have the opportunity to do something that’s very much a departure. In those instances, some of the tension comes as the character works out whether or not to act very differently. For instance, Tony Hillerman’s Jim Chee is a member of the Navajo Nation, and also a member of the Navajo Tribal Police (now called the Navajo Nation Police). He follows many of the traditional ways of his people; in the first few novels, he’s even studying to be a ya’taali – a singer/healer. His actions are consistent both with his personal beliefs and his commitment to be the best police officer that he can be. Everything changes, though, when he falls in love with Mary Landon, a white teacher who works on the Reservation. The two are contemplating a life together, but that would mean not living on the Reservation. He would end up taking a position with the FBI or some other police agency, and having to live and act in ways that aren’t consistent with his beliefs. It’s a difficult challenge for Chee to face.

Human beings may not always be entirely predictable, but most of us have patterns in the ways we act and think. The same is true of fictional characters. So, when a character behaves in a way that is very different from what you’d think, it can be jarring. In fact, it can pull a reader out of a story, unless the reason for the change is convincing.

Thanks, Bill, for the inspiration. Now, folks, you’ll want to go visit Bill’s excellent blog. Lots of interesting reviews and commentary await you there.

*NOTE: The title of this post is a line from the Beatles’ I’m Looking Through You.