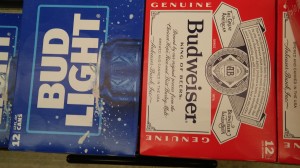 There’s a popular conception of fictional police officers as ‘regular guys’ – certainly not stupid (in fact, some are very intelligent indeed), but also not overly intellectual. That sort of character can be appealing to readers, who often appreciate a ‘no fuss,’ down-to-earth character. It’s interesting, too, when ‘regular guy’ characters are contrasted with more intellectual characters. That sort of pairing can highlight the different strengths of the characters, and that can add to a story.

Agatha Christie’s Chief Inspector James ‘Jimmy’ Japp is a smart, experienced police detective. Christie makes it clear that Japp is no bumbling fool. But he’s not overly intellectual. He’s practical and pragmatic, likes his steak and a pint, and tends to be direct and to the point when he speaks. He’s a ‘regular guy’ who also happens to be good at what he does, and that down-to-earth world view is very helpful as he investigates. He’s not impressed with titles and pedigrees, as he knows that anyone can be a killer. In several of Christie’s stories, Japp works with Hercule Poirot. For his part, Poirot respects Japp, and knows that he’s a skilled detective; to Poirot, that matters a great deal more than whether Japp attended university and what he might have studied.

Colin Dexter’s Sergeant Lewis is also a ‘regular guy’ sort of a copper. He likes his simple dinner of eggs and chips, he’s not one to use a lot of flowery language, and he hasn’t read all the classics. Instead, he’s a smart, pragmatic detective who sees the real-world implications of things. His boss, Inspector Morse, values Lewis as a trustworthy, capable police officer who understands police procedure and who can often offer a valuable perspective on a case. Morse is hardly demonstrative, but it’s not hard to see that for him, Lewis doesn’t have to quote the Greek and Roman philosophers in order to do the job well.

Reginald Hill’s Superintendent Andy Dalziel is about as ‘regular guy’ as you can get. He doesn’t observe all of the social niceties, and he prefers pub grub to haute cuisine. He’s not much of a respecter of university credentials, either. What he is, though, is a brilliant detective with an instinct for putting the pieces of a puzzle together. He’s blunt-spoken, but that doesn’t mean he can’t follow the subtleties of a conversation (or a murder case). He’s quite a contrast to his second-in-command, Peter Pascoe, who’s university educated and much more sensitive to social nuances than his boss is. They get on each other’s nerves at times, but Pascoe knows that Dalziel is smart and has integrity. He has a very practical way of getting to the truth about cases, and he’s got the courage to go wherever the truth takes him.

Geraldine Evans’ Detective Inspector (DI) Joe Rafferty is also what you’d call a ‘regular guy.’ He’s not university educated, he’s not overly intellectual, and he doesn’t have gourmet tastes. He can be superstitious, and he’s no bibliophile. But he’s got a way of putting the pieces of a case together, and he has a pragmatic outlook that helps him to get things done. He works mostly with Detective Sergeant Dafyd Llewellyn, who is quite different in outlook and temperament. Llewellyn is educated, meticulous, and a traditionalist. He has little patience for Rafferty’s occasional spontaneous ideas, and makes his disapproval clear. For his part, Rafferty sometimes gets tired of Llewellyn’s ‘fussbudget’ ways and his literary references. That said, though, the two are a good team. They respect each other, and even tap each other’s skills. Llewellyn, for instance, relies on his boss’ superior social skills. Rafferty counts on Llewellyn’s ability to get information and put it all together.

Of course, there are plenty of ‘regular guy’ cops who don’t work with partners. I’m sure you could name more than I could. For instance, Joseph Wambaugh’s The Golden Orange introduces Winston ‘Winnie’ Farlowe, a ex-police officer in California’s Orange County. He’s an average-looking man who has no illusions about his superior intellectual skills. In fact, he sees himself for exactly what he is: a normal guy – a cop – who likes his drink far too much, and who likes to hang out with ‘regular people.’ Then, after his police career is ended by an injury, he meets Tess Binder. She’s a divorcee who moves among Orange County’s wealthy elite at Newport Harbor. She takes an interest in Farlowe, and, against all odds, they start a relationship. He’s not at all stupid; he himself wonders why someone like Tess would be interested in someone like him. But he happily goes along for the ride. What he doesn’t know is that Tess has ulterior motives, and may very well be planning to draw him into a scam.

‘Regular guy’ fictional cops can be appealing to readers who like characters who are like ‘the rest of us.’ They often have a practical way of looking at life, and a plain-spoken way of expressing themselves, and that can also be appealing. It’s especially interesting to see how coppers like that work with others who are very different. But even when they don’t, they can make for solid characters. Which ones have stayed with you?

*NOTE: The title of this post is a line from Lou Reed’s Average Guy.

12 thoughts on “I Am Just Your Average Guy*”