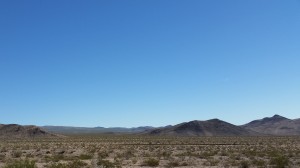 Most crime fiction fans I know prefer their characters to have some depth and complexity, and that makes sense. After all, people aren’t really all good or all bad. And yet, for a lot of readers, there’s something almost cathartic about showdowns between the ‘good guys’ and the ‘bad guys.’ That’s possibly part of the appeal of the Western, where the sheriff (or the proud cowpoke, or…or…) goes up against the gang of thugs, or the greedy landowner (or…or…).

If you add to that the beautiful and sometimes deadly environment, it’s little wonder that stories set in the American, or Canadian, or Australian, West can be so appealing. And there are certainly plenty of novels and series that take place in those settings.

For example, Dave Butler’s Full Curl takes place mostly in Alberta’s Banff National Park. Jenny Wilson is a park warden whose job is to protect the wildlife and also to ensure visitors’ safety. She feels nothing but contempt and worse for poachers, so when she discovers that a number of animals have gone missing, she immediately starts asking questions. The trail leads to some high (and dangerous) places, and Jenny finds plenty of greed and corruption, and even murder. And she may have to be an ‘army of one’ as she pursues the case. Jenny isn’t perfect at all, but it’s an interesting case of ‘good guys v bad guys’ as she tries to do the right thing. The novel has a Western setting, so there’s also a sense of the beauty of the park, as well as its dangers.

Fans of C.J. Box’s Joe Pickett novels know that Pickett is the sort of person who’s willing to be the only ‘good guy’ to stand up to the ‘bad guys.’ He’s a Wyoming game warden in a place where plenty of people are happy to go after animals illegally, or to flout the rules about the start and end of hunting season. The land is also very appealing to developers and to those who want to exploit it for other uses. There’s also the challenge of drug traffic and contraband in the area. So, there’s no shortage of risks to the land and animals Pickett is sword to protect. He takes his responsibilities seriously, too, which means he’s willing to go up against some very nasty people. He’s not afraid to go it alone, either. I see you, fans of Craig Johnson’s Walt Longmire!

Several of Arthur Upfield’s novels take place on Australian sheep and cattle stations. Upfield’s protagonist, Napoleon ‘Bony’ Bonaparte is a half-Aboriginal police inspector who knows how to read the ‘book of the bush,’ and who is an excellent tracker. He needs those skills, too, as he covers a very large territory, mostly in Queensland, and much of it is rural. The novels have a distinctive ‘Western’ feel to them; there’s ranching, there’s a culture of pragmatism and ‘making do,’ and there’s a respect for the land and its potential dangers. And, because the area is both large and sparsely populated, there isn’t a lot of police presence. So, people sometimes take the law into their own hands. Bony has gone up against a variety of different ‘bad guys,’ most often individuals, as opposed to groups like today’s property developers and bureaucrats. He also goes up against the sometimes-overt racism of the times, and more than once, has dealt with people who won’t trust or respect him because of his race. The series is a distinctly Australian take on the classic Western story.

One of J.A. Jance’s series features Joanna Brady, sheriff of Cochise County, Arizona. Right from the beginning of the series, she has to deal with the murder of her husband, Andy. When she is elected sheriff, she finds plenty to keep her busy. Joanna has her faults, as we all do, but she’s got a lot of courage, and finds herself pitted against traffickers, smugglers, corrupt authorities, and more. While she does have a team of people who work with her, she sometimes finds herself going it alone. Along with the ‘good guys/bad guys’ suspense in these novels, there’s also the fact that the land can be harsh and unforgiving. It’s easy to get lost or worse.

Tony Hillerman gave the traditional Western novel a new twist by creating Navajo protagonists. His novels feature Joe Leaphorn and Jim Chee, both members of the Navajo Tribal (now Nation) Police. Both of these characters are unashamedly good cops who do their best to serve their people. They’re not perfect, but they try to do the right thing. They stand up against land grabbers, corrupt politicians and police, and criminal gangs. You couldn’t really call either of them ‘mavericks,’ but both are willing to go it alone if that’s what the job takes. And in several novels, there’s a strong sense of setting – the desert Southwest – which at times adds to the tension in the story.

Standoffs between lawmen and outlaws, a stark, sometimes-hostile physical setting, they’re all part of the Western and Western-style story, and it can all be very appealing. There’s a sense of order being restored as the ‘good guys’ go up against the ‘bad guys,’ and some real tension, too. Little wonder that some crime fiction has a Western flair. Which examples have I forgotten?

*NOTE: The title of this post is a line from Billy Joel’s The Ballad of Billy the Kid.