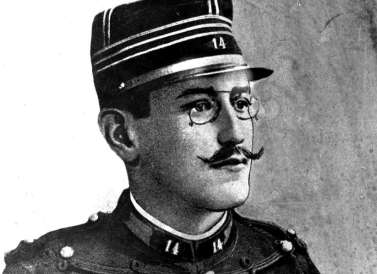 As this is posted, it’s 128 years since Alfred Dreyfus was wrongly convicted of treason against France. Along with the anti-Semitism that led to his original conviction, it was also felt that sacrificing Dreyfus was necessary to protect the French army and government. There’s more to it than that, of course, but the decision to sacrifice someone in order to protect the powerful was an important part of the case.

It’s not a new phenomenon of course. There are many cases where someone lower in the pecking order pays the price to protect those at higher levels. It’s there in crime fiction, too. In fact, in more than one of Michael Connelly’s Harry Bosch novels, Bosch runs into cases where someone’s career (his own in a few cases) is considered expendable.

There are other examples of this in crime fiction, too.  For instance, in one plot thread of Phillip Margolin’s Executive Privilege, we meet Portland attorney Brad Turner. He’s looking for the strongest start possible to his career, and that means being available when the partners want him to take a case. So, when he’s assigned to represent convicted killer Clarence Little pro bono, he accepts. It seems that Little, who’s already in prison for other murders, has been accused of murdering Laurie Erickson. Little says he’s innocent and, in the course of defending his client, Turner starts to look at other possibilities. The more he learns, the more he suspects that Little is telling the truth. The victim was the daughter of a woman who was secretary to US President Christopher Farrington when Farrington was governor of Oregon. Could there be some connection? If so, this could be a case with serious implications. As Turner finds out, he’s pulling on the threads of a murder conspiracy with a wide reach and sources in some very high places.

Fans of Qiu Xaiolong’s Chief Inspector Chen series will know that Chen has had several cases in which a person is sacrificed in order to protect high-level criminality. I’ll only mention one of them here (although the entire series is well worth reading). In Death of a Red Heroine, Chen and his assistant, Detective Yu Guangming, investigate the murder of Guan Hongying. She was somewhat of a celebrity, having been publicly lauded as a national model worker, so her death will be a high-profile case. Chen and Yu soon focus their attention on a taxi driver who picked up the victim. He’s soon arrested, and the authorities are only too happy to claim that the police have solved the crime. But as Chen looks into the case more, he begins to believe that the taxi driver isn’t the murderer. His investigation leads to wealthy and powerful members of the upper levels of government – ‘High Cadre’ people. And it turns out that the taxi driver has been sacrificed to protect the real murderer.

There’s a slightly different sort of sacrifice in Donna Leon’s Through a Glass, Darkly. In that novel, we are introduced to Giorgio Tassini, a night watchman for a glass blowing factory owned by Giovanni de Cal. One night, he is killed in what looks like a tragic accident. But Commissario Guido Brunetti isn’t so sure that’s true. There are some things about the death that don’t seem consistent with an accident, so he decides to look further into the case. He soon runs into resistance, though. Tassini was convinced that the glass blowing factories are responsible for illegally dumping chemicals into Venice’s water. In fact, he blamed that practice for his daughter’s many special needs. It’s soon made clear to Brunetti that the powerful people who own the factories want this death to be put down to accident, or even suicide, rather than murder. But Brunetti isn’t satisfied with that explanation, so he keeps looking, and he finds that Tassini paid the ultimate price to protect some powerful people.

Garry Disher’s Bitter Wash Road is the story of Constable Paul ‘Hirsch’  Hirschhausen. He’s been more or less ‘exiled’ to the rural South Australia town of Tiverton because it’s believed he was a ‘whistleblower’ during a police internal investigation. Right from the beginning, he’s treated badly, sabotaged, and his job made harder in every way possible. One day, the body of fifteen-year-old Melia Donovan is found by a roadside and Hirsch starts an investigation. As you can imagine, he gets no help from his new colleagues, but he keeps working to find out who killed the victim. As he gets closer to the truth, the trail starts to lead to some highly-placed people – people who are willing to sacrifice Hirsch’s career rather than have the facts come out.

And then there’s Abir Mukherjee’s Captain Sam Wyndham. He is a member of the Indian Police Service, serving in 1920’s Calcutta/Kolkata. In the first of this series, A Rising Man, he and his assistant, Sergeant Surendranath Banerjee, work the case of Alexander MacAuley, head of Indian Civil Service (ICS) finance for Bengal, whose body was found in an alley near a local bordello. He was VIP, so the case gets high priority. At this during, during the last years of the Raj, there’s a great deal of simmering resentment between the English and the Indian people, and plenty of talk of revolution. One of the leaders in that camp is Benoy Sen, who’s recently come to the area. When he’s caught and imprisoned, police and government leaders claim they have their man, and they want Wyndham to ‘rubber stamp’ that explanation. But Wyndham is not sure that Sen is responsible. Is Sen the killer the government makes him out to be? Or is he being sacrificed to protect someone in a position of power?

When someone has a lot to lose, as powerful people do, it’s not hard to see why a scapegoat might be chosen. That’s what happened in the Dreyfus case, and that’s what happens in plenty of crime novels. Which ones have stayed with you?

*NOTE; The title of this post is a line from Carole King’s You’ve Got a Friend.