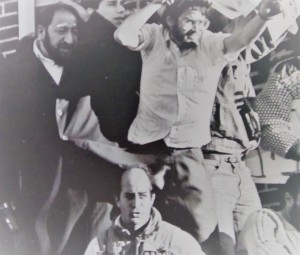 Few important issues are one-sided. That’s why there’s often a great deal of debate about them, and why they can be the cause of a lot of controversy. That debate and controversy can add a layer of tension and suspense to a novel, and can contribute to character development, too. So it’s little wonder that authors weave that sort of issue into their work.

In Agatha Christie’s One, Two, Buckle My Shoe (AKA The Patriotic Murders and An Overdose of Death), for instance, Hercule Poirot investigates the murder of his dentist, Henry Morley. The murder turns out to be related to the death of one of Morley’s patients, and to the disappearance of another. The police explore several avenues, including Morley’s personal life, as well as his list of patients. And one of those patients is influential banker Alistair Blunt. His stable but conservative views have aroused the anger of more radical elements, and the question of what course England should take at this difficult time (the book was published in 1940) is not a simple one. That controversy isn’t the reason for the murders, but it’s woven through the story, and it adds to the tension.

Legal novels often address controversial issues that can end up being divisive. And the well-written ones don’t make light of just how complex those issues can be. For instance, the focus of John Grisham’s A Time to Kill is the brutal rape of ten-year-old Tonya Hailey. Her attackers, Billy Ray Cobb and James Louis ‘Pete’ Willard, are quickly caught and arrested. But Tonya’s father Carl Lee isn’t sure the family will get justice, since the defendants are white and the Hailey family is Black and this is small-town Clanton, Mississippi. That fear, plus his grief and devastation, drive Hailey to ambush Cobb and Willard when they’re on their way to the courthouse. He kills both of them and wounds a deputy, and now, he’s going to be on trial for murder. Hailey asks local lawyer Jake Brigance to defend him, and Brigance agrees. It’s a very controversial case, though. Everyone has sympathy for Hailey, but vigilantism cannot be allowed or condoned. The case tears at the fabric of the town, and Brigance soon finds himself caught in the middle of the debate.

Several of William Deverell’s novels featuring Vancouver lawyer Arthur Beauchamp address controversial topics. Trial of Passion, for instance, takes up the issue of what’s sometimes called ‘date rape.’ Beauchamp is recruited to defend a college professor who’s been accused of raping a student. The defendant admits after a time that the two had sex, but insists that it was consensual. His alleged victim admits that she was at the professor’s home at a private party, but says that she did not give her consent and that she was raped. It’s a divisive case, and Beauchamp isn’t popular with everyone, since he’s defending the professor. The truth of what happened comes out as a result of the trial, and it’s interesting to see how that sort of controversy plays out in court.

A number of C.J. Box’s Joe Pickett novels explore the very difficult questions around land use. Pickett is a Wyoming game warden whose job is to ensure that the laws regarding hunting, fishing, and so on are obeyed. More than once, he goes up against poachers and those who want to use the land illegally. But that doesn’t mean he’s blind to the complexity of land use. On the one hand, preserving the land and its wildlife is a high priority (and those are the laws that Pickett is sworn to uphold). On the other, local livelihoods depend on things like land development projects and tourism. There are strong feelings on both sides of this issue, and Box acknowledges that as he explores it.

One of the most difficult topics to take up is the issue of race and race relations. Most people will admit that racism exists and that it needs to be addressed (and not just with ‘lip service’). It’s a controversial topic that brings up all sorts of strong feelings. It’s a global issue, too, so it’s not surprising that it’s found its way into a lot of crime fiction. A few of Attica Locke’s novels (Black Water Rising, Pleasantville, and Bluebird, Bluebird) directly address racism by looking at the way it impacts the characters. Black Water Rising and Pleasantville feature Jay Porter, a Black Houston-based environmental law attorney who goes up against racism and classism as he goes after large, powerful companies that are determined to stay in control. Bluebird, Bluebird is the story of Black Texas Ranger Daren Matthews, who investigates two murders (of a Black man and a white woman) that threaten the fragile racial relations in the small town of Lark, Texas.

Dwayne Alexander Smith’s Forty Acres also explores the topic of race. When attorney Martin Grey is wooed by a group of wealthy and well-placed Black men, he’s flattered at first, and wants very much to be in their ‘in crowd.’ Then, he’s invited to a weekend of whitewater rafting with the other men. Before long, though, he finds that the group has another agenda entirely – their own way to address the deep scars and long history of racism in America. He’s faced with some very difficult choices, and whatever decision he makes will cost him dearly.

It’s not easy to explore a divisive topic without it becoming melodramatic or unrealistic. But very often, books are important vehicles for bringing those issues up and discussing them. When the story’s done well and the characters are at the forefront, a novel can be a very effective way to talk about difficult things.

*NOTE: The title of this post is a line from Marc Shaiman and Scott Wittman’s Run and Tell That!