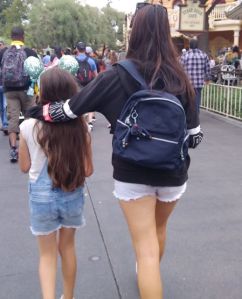 An interesting post from Marina Sofia at Finding Time to Write has got me thinking about childhood summer vacations. It’s less the case now (certainly not this year), but schoolchildren used to look forward to June or December, when school ended for the year. So did teachers. Some people even had ‘countdown calendars’ to help them mark the time. And some summer vacations really are wonderful. There’s free time with friends, no assignments to complete (except perhaps for a reading list), and travel to the beach or some other fun spot. Of course, summer vacations aren’t always peaceful and fun. Just check out a few crime fiction novels, and you’ll soon see what I mean.

Agatha Christie’s Evil Under the Sun is set at the Jolly Roger Hotel, on Leathercombe Bay. One of the hotel guests is famous (and notorious) actress Arlena Stuart Marshall. She’s there with her husband, Captain Kenneth Marshall, and her stepdaughter, sixteen-year-old Linda Marshall. Linda was looking forward to spending some time lounging around the hotel, exploring the area, and relaxing. But her stepmother has made her very uncomfortable. For one thing, Arlena is beautiful, poised, and sophisticated. Linda, on the other hand, is awkward, as many teenagers are, and sees herself as very unattractive. For another thing, Arlena is not much interested in Linda. She’s not cruel or even malicious; she simply doesn’t pay any attention to the girl. One day, Arlena’s body is found at Pixie’s Cove, near the hotel. Hercule Poirot is staying at the hotel, and the local police ask his help in finding out who the killer is. As he gets to know the other guests, he finds that Linda could have committed the crime. It all turns out to be a very different holiday to the one Linda had planned.

One very popular ‘summer’ thing to do is go to a seaside tourist town, like Chris Grabenstein’s fictional Sea Haven, New Jersey. Children look forward to swimming, going to amusement parks, and stuffing themselves with treats they don’t usually get at home. But, as Grabenstein shows in his John Ceepak/Danny Boyle series, tourist towns aren’t the idyllic places people imagine. In Tilt a Whirl, the first of this series, summer cop Danny Boyle is helping the regular police force with tasks such as issuing parking tickets and directing traffic. His temporary job turns more dangerous when billionaire developer Reginald Hart is shot. Hart and his twelve-year-old daughter, Ashley, were on the Turtle-Twirl Tilt-a-Whirl, one of the rides at the amusement park, when the murder happened. According to Ashley, a man she calls ‘the crazy man’ shot her father and ran off. She doesn’t know the man, and she can’t give a thoroughly detailed description. Still, Ceepak and Boyle start an investigation. They soon find that several people in Hart’s personal and professional life had a good motive for murder. This case is more complicated than it seems on the surface, and it certainly isn’t what most young people dream of when they think of going ‘down the shore,’ to use the Philadelphia/South Jersey expression.

Paddy Richardson’s Hunting Blind begins in December 1988 in the small town of Wanaka, on New Zealand’s South Island. Everyone, including the Anderson family, is celebrating the start of the summer holidays with a school picnic by the lake. The Andersons are packing up to leave and rounding the children up to go. That’s when fourteen-year-old Stephanie discovers that her four-year-old sister, Gemma, is missing. There’s a thorough search for the little girl, and the police conduct an official investigation, but no trace of Gemma is found. It certainly doesn’t turn out to be the sort of summer the Andersons imagined. Seventeen years later, Stephanie has become a fledgling psychiatrist who works in Dunedin. She gets a new patient, Elisabeth Clark, who tells her a story that’s eerily similar to Stephanie’s own. It seems that Elisabeth’s younger sister Gracie disappeared several years earlier and was never found. Stephanie decides to lay her own ghosts to rest and find out who was responsible for these tragedies. Her journey leads her back to Wanaka, where she has to face the past in order to find out the truth.

In William Kent Krueger’s Ordinary Grace, which takes place in 1961, we are introduced to thirteen-year-old Frank Drum and his younger brother Jack. They’ve been looking forward to going down to the local river, playing baseball, and exploring. And as the summer begins, it seems almost perfect. Then, a boy the Drum brothers know is killed on the local railroad track. At first it looks as though the death was an accident, but it might not have been so accidental. Then there’s another death, this time even more tragic for Frank and Jack. A member of their family is murdered, and Frank will have to grow up fast if he’s going to get past this tragedy. For him, it’s a life-changing summer, and not the fun time he’d planned.

There’s also Wendy James’ The Lost Girls, which takes place in New South Wales, beginning in 1978. Fourteen-year-old Angela Buchanan is spending the summer with her aunt and uncle, Barbara and Doug Griffin, and her cousins Mick and Jane. She’s been looking forward to getting away for a while, and at first, all goes well enough. But it doesn’t turn out to be the summer Angela wanted. She starts spending most of her time with Mick and his friends at the local drugstore, where there’s a pinball machine. Although the teens see twelve-year-old Jane as a ‘tagalong,’ Angela also tries to connect with her, too. Then one afternoon, Angela is found dead, with a scarf over her head. The police investigate, and the family comes in for its share of questioning and even suspicion. But there isn’t evidence to connect anyone in the family with the murder. Then, a few months later, sixteen-year-old Kelly McIvor is found dead, also with a scarf around her. Now it’s believed that both girls were killed by a serial killer that the press have dubbed the Sydney Strangler. No-one is arrested, though, and time goes by. Years later, filmmaker Erin Fury is doing a documentary on families who’ve survived a loved one’s murder. She asks permission to interview the Griffins, and after some reluctance, they agree. As each family member shares memories of Angela and of the murder, we learn what really happened that day.

With all of the excitement that a lot of young people have about the summer holidays, you’d think they’d be more fun. But as crime fiction shows us, that’s not always the case. These are a few examples. Your turn.

Thanks, Marina Sofia, for the inspiration. Folks do go visit her blog if you aren’t already following it. Rich discussion, terrific book recommendations, and more await you.

ps. Oh, the ‘photo? My daughter and granddaughter and I were having a fun summer day. That was taken last June, before social distancing and masks. If you look, you can see what my granddaughter is wearing on her head. Three guesses where we were…

*NOTE: The title of this post is a line from Chuck Berry, Brian Wilson, and Mike Love’s Surfin’ USA.