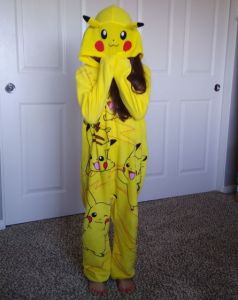 Children have unique perspectives on life – certainly different to adults’ perspectives. On the one hand, they can be very observant, and some children see patterns quickly. They can also see quite a lot because adults sometimes don’t pay much attention to them, and don’t really notice when they’re around. All of this makes children very interesting narrators of stories, and we certainly see that in crime fiction.

For example, the narrator in Beryl Bainbridge’s Harriet Said is an unnamed thirteen-year-old girl. She and her friend Harriet live in a Lancashire coastal town, and as the story begins, she’s waiting for Harriet to return from a trip to Wales. A little restless, she strikes up a friendship with Peter Biggs, a middle-aged, unhappily married man. The narrator feels the first stirrings of hormones, but doesn’t want to take any action until Harriet gets back. When that happens, Harriet says that the narrator is being too emotional; she’d rather this be a more objective observation, to be recorded like the other experiences the girls have had. The two girls hatch a plan, but everything changes when they see something they weren’t meant to see. Things quickly spin out of control, and end tragically. The whole story is told in first person, from the narrator’s perspective, so we get to see how a young girl might think about the things that happen. It’s a very interesting way to convey the story.

Alan Bradley’s series features Flavia de Luce as narrator and as sleuth. When the series begins, with The Sweetness at the Bottom of the Pie, Flavia is eleven years old. She lives in the 1950s English village of Bishop Lacey’s with her father and two older sisters. On the one hand, she is a skilled chemist with a real passion for the subject. She’s smart, observant, and quick-thinking, and in some ways, is mature. But she is also a child. There are things she doesn’t yet understand, and nuances she misses. As the series goes on, she grows and is able to understand more, and that makes her a more realistic character. It’s interesting to see how Flavia’s age and maturity level impact the way she sees the world.

That’s also true of twelve-year-old Gwenni Morgan, whom we meet in Mari Strachan’s The Earth Hums in B-Flat. She lives in a small 1950s Welsh village with her parents and her sister, Bethan. One day, one of the villagers, Ifan Evans, goes missing. Gwenni knows the Evans family – she babysits the children from time to time – and she wants to find out what happened to Ifan. So, she starts to ask questions. She’s curious by nature, and what people sometimes call a dreamer. So it’s not surprising that she takes such an interest in this case. Slowly, she starts to put the pieces of the puzzle together, and in the process, uncovers some secrets in her own family. The story is told in first person, from Gwenni’s perspective, so we see how she perceives the world. Although she’s intelligent, there are things that she doesn’t know and hasn’t experienced. For example, she doesn’t understand why her best friend is suddenly interested clothes and boys. And her perspective adds to the story as she gradually learns more and makes sense of the mystery.

Jock Serong’s The Rules of Backyard Cricket features Melbourne brothers Darren and Wally Keefe. As boys, they’re obsessed with cricket. When they get a little older, both boys prove themselves to be very good at the game, in different ways. Wally is disciplined and hard-working, so he spends a lot of time perfecting his skills. Darren has a great deal of natural talent; when he’s ‘on his game,’ he’s a once-in-a-generation player. But he’s less disciplined than his older brother is, and takes more risks. The brothers both become professional cricket players, and it doesn’t take long for them to learn about the dark side of the game: the corruption, greed, and more that’s ‘behind the scenes’ of what you see on the cricket pitch. It all ends up tragically, and we see how the brothers’ perspectives and personalities impact them. The story is told in first person, from Darren’s perspective. Although some takes place in the present time, a lot takes place in the past, as Darren reflects on his childhood. Those parts are told from a child’s perspective, and it’s interesting to see how that immature point of view affects the way Darren sees his brother, his mother, and the game of cricket.

Cathy Ace’s The Wrong Boy takes place in the small, contemporary Welsh town of Rhosddraig. The heart of the town is the Dragon’s Head pub, run by Helen Jones, her mother Nan, and her seventeen-year-old daughter Sadie. Rhosddraig is the sort of place where not much happens – until the day that human remains are found underneath a pile of rocks. Detective Inspector (DI) Evan Glover has all but retired from the police, but he can’t help being curious about the case. So he stays on and investigates. He finds that Rhosddraig is also the sort of place where people have deep roots and long memories. As the story goes on, we learn about that history, and how it impacts the case. We also learn the history of the Jones family, and how that has affected life in the town. Some of the story is told in first person, from Sadie’s point of view. So we get her perspective on her family, on the town, on the murder, and more. That perspective adds an interesting dimension to the story.

It’s not easy to write a child narrator. They think differently to adults, and their perspective is limited in some ways (but actually quite sophisticated in others). This is especially true when the child is a protagonist. Which ones have stayed with you?

*NOTE: The title of this post is a line from Billy Joel’s Lullaby (Good Night, My Angel)