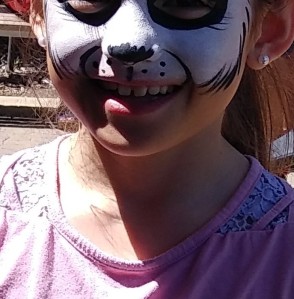 Nobody’s perfect. We all have our faults, oddities, and little insecurities (and sometimes big ones). One of the signs of maturity and even self-confidence is being aware of that, and not taking ourselves too seriously. It’s much healthier to be able to laugh at ourselves and take a joke than it is to be too anxious about what others think. Of course, there are mean-spirited remarks and jokes, but being able to see our own foibles makes it much easier to get through life. And it often makes others much more comfortable working with and being around us.

Fictional characters who can laugh at themselves and take a joke are often more appealing, too, than those who are too defensive. That little bit of humanity can go a long way. And those self-deprecatory moments can lighten a story that may be otherwise grim.

Agatha Christie fans will know that her Ariadne Oliver was said to be her way of poking fun at herself. Mrs. Oliver isn’t clownish or buffoonish. She’s smart, thoughtful, and as Hercule Poirot says, a very shrewd judge of character. But she does have her moments of being a bit clumsy, scatterbrained, and sometimes downright wrong. Christie discusses this ability to laugh at oneself in Hercule Poirot’s Christmas. In that novel, family patriarch Simeon Lee is murdered on Christmas Eve. At the time of the murder, there’s a house party of relatives, most of whom have very good reasons to want him dead, so there are plenty of suspects. Hercule Poirot is in the area visiting a friend, and works with Superintendent Sugden to find out who the killer is. One of Lee’s sons, Alfred, is straitlaced, earnest, and serious. His brother Harry can’t resist baiting him, and Alfred minds it very much. Towards the end of the book, though, Alfred admits that he ‘ought to learn to take a joke.’ It’s an interesting little aside about the social value of not taking oneself too seriously.

Craig Johnson’s Walt Longmire also knows how to poke fun at himself. He takes his work seriously, but he doesn’t take himself too seriously. For example, in The Cold Dish, he’s investigating a set of murders that are connected with a previous rape case. The case stirs up a lot of feeling, and it’s going to be important for Longmire to get it right. At one point, the director of the Criminal Investigation Division’s lab unit reminds Longmire how important this case is:

‘‘You blow one homicide, it looks like a mistake. You blow two, it starts looking like negligence. Or worse yet, stupidity.’’

‘’I thought I’d use that on the bumper stickers in the next election, VOTE LONGMIRE, HE’S STUPID.’’

And as fans know, if Longmire ever starts taking himself too seriously, he’s got his friend Henry Standing Bear to remind him he’s human…

Being able to take a joke often helps a person fit in with a group. Some cultures and groups use jokes, mock insults, and so on to form bonds. The person who can’t take a joke, or can’t be self-deprecatory, is at a real disadvantage. We see that, for instance, in Y.A. Erskine’s The Brotherhood, which features a look at a unit of the Tasmania Police. Sergeant John White and probationer Lucy Howard are called to the scene of a break-in. Tragically, White is killed as they are investigating. The police are determined to find out who is responsible, and part of the reason is his popularity among his co-workers. One of those co-workers is Cameron ‘Cam’ Walsh, for whom White served as a mentor. At one point, Walsh recalls a prank that White played on him, mostly to see if he could take a joke. Fortunately, he passed the test, and liked White all the better for helping him fit in.

Eoin Colfer’s Plugged introduces Daniel McEvoy, a transplant from Ireland who now works security at a sleazy nightclub. One night, one of the club’s dancers is murdered, and McEvoy becomes a ‘person of interest,’ since he had a casual relationship with the victim. He knows he’s innocent, but he doesn’t expect the police to believe him. Besides that, he wants to find out who killed his friend. So, he starts asking questions and ends up getting much more deeply involved (and in much greater danger) than he’d thought. One of the running jokes in the book is that McEvoy has hair plugs. It’s not something that he particularly likes discussed. At the same time, though, he’s realistic about it, and even has a sort of dark wit about it.

And then there’s Cat Connor’s Ellie Iverson. She’s a special agent in charge (SAC) with the FBI. Iverson and her team take their work very seriously; they deal with some very dangerous people, and they need to be, as the saying goes, on top of their games. They work hard and they depend on each other. But that doesn’t mean Iverson is full of herself or overly defensive. More than once, she makes mistakes, or spills something, or in some other way shows herself to be all too human. But instead of being defensive about it, she’s able to laugh at herself. She can take a joke, and the people who work with her appreciate her for it.

And that’s the thing about being able to laugh at yourself and take a joke. It’s a useful skill to help get through those times when things don’t go according to plan. And it makes it much easier to get along with others.

*NOTE:  The title of this post is a line from Billy Joel’s You’re Only Human (Second Wind). Fun factoid: shortly before this line, Billy Joel actually does make a mistake, but leaves it in the final cut of the song to make his point. You can hear a bit of laughter in the background if you listen really closely.