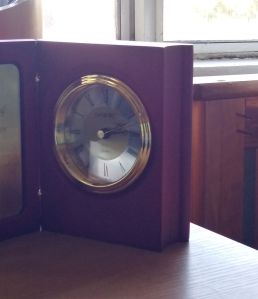 You might not think about it a lot, but time – the sequence of events – really seems to matter to us humans. We like to impose some sort of order in our worlds, and one of the ways we do that is through the use of time (e.g. ‘What time is that meeting?’ ‘What happened first? Then what?’). Of course, time isn’t perceived in the same way across cultures. In some cultures, for instance, there are links between past and present, so that there isn’t really a chronological passage of time. But for a lot of us, time helps us make sense of events.

That goes for stories, too. Many people like a story to be told in chronological order. And there are many, many examples of that sort of story. To give just one, Agatha Christie’s The Mysterious Affair at Styles tells the story of the murder of Emily Inglethorp. Late one night, she dies of what turns out to be poison, and it’s clear that this was not a suicide. Captain Hastings is visiting Styles Court, where the victim and her husband Alfred live with her stepsons, John and Lawrence Cavendish, John’s wife, Mary, and Mrs. Inglethorp’s word Cynthia Murdoch. He discovers that Hercule Poirot is living in the nearby village, so he asks Poirot to investigate. Together, they find that everyone in the household could have had a motive to kill Mrs. Inglethorp. The story of Hastings’ visit, the events leading up to the murder, the murder itself, and the investigation, are all told in more or less sequential order. It must be said that Christie didn’t always tell stories in this way, but this is one in which she did.

Some novels tell stories in sequence, but tell more than one story in multiple timelines. For example, Babs Horton’s A Jarful of Angels is told in two timelines. In one, four children are growing up in a small Welsh village in 1962. In this timeline, which takes place during the summer, we find out several secrets that people in the town are keeping, and the consequences of those secrets. The other timeline begins some forty years later, and features retired police detective Will Sloane, who’s now living in Spain. He becomes homesick for his native Wales, and decides to travel back to see if he can solve a mystery he wasn’t able to solve years ago. Very gradually, we see how the two timelines are related. Although there are two timelines here, each story is told in chronological order.

In some crime novels, the timeline shifts back and forth somewhat. Karim Miské’s Arab Jazz is like that. In the novel, Lieutenants Rachel Kupferstein and Jean Hamelot of the Paris police investigate the brutal murder of Laura Vignola. Her body was discovered by Ahmed Taroudant, who lives in the apartment downstairs, so he is a ‘person of interest.’ It doesn’t help his case that he knew the victim and had a key to her apartment, so he could care for her plants if she was out of town. He claims innocence, and the two detectives don’t really think he’s the killer. Among other things, he had no quarrel with Laura; in fact, they’d formed a sort of friendship. Still, the police interview him more than once. Taroudant wants to find out who the killer is, too. So in his own way, he starts trying to get to the truth. As the novel goes on, we learn the backstory of the victim and those she knew. And as we do, the story does move among time periods. On the one hand, this can make the story more challenging to follow, especially for those who particularly like more linear and sequential stories. On the other, Miské uses this strategy to add depth to the characters and let the reader get to know them.

Some authors tell stories from a variety of viewpoints. Because of this, the story isn’t always told in chronological order, and sometimes shifts through time. For example, Anne Zouroudi’s The Messenger of Athens tells the story of the death of Irini Asimakopoulos, who was pushed, or jumped, or fell, off a cliff on the Greek island of Thiminos. Hermes Diaktoros travels from Athens to investigate, and soon finds that the case has been closed, and the matter put down to accident. But there are enough questions remaining that Diaktoros determines to keep digging. Little by little, he learns more about the victim and the people in her life. And as the novel goes on, we see that there are several people on the island who do not want the truth of Irini’s death to be known. Part of the story is told from Irini’s point of view; other parts are told from other perspectives. Because of this, the story moves back and forth, so that the reader learns how the different characters are linked to the victim. On the one hand, it’s not really a chronological story. On the other, Zouroudi uses this technique to show the background to the death.

And then there’s Becky Manawatu’s Auē, the winner of this year’s Ngaio Marsh Award for Best Crime Novel. Taukiri and his younger brother Ārama, born on New Zealand’s South Island, suffered a tragic loss: their father was murdered, and their mother has gone into hiding. Now, Ārama lives with his Aunt Katy, and Taukiri has headed to North Island. We also meet Jade & Toko, a couple who are trying to build a life together despite some of the harrowing things they’ve been through. As the two stories unfold, we learn who these people are, what the tragedy was that led to the murder, and what has happened to the couple. But the stories are not told in sequential order. Rather, they move around in time (although it’s always clear whose story is being told). It’s a different sort of way to tell a story, and it allows the reader to learn who these lives intersect.

Of course, some readers really do prefer chronological novels. Others don’t have a preference. Still others don’t mind stories being told out of sequence. What do you think? Do you prefer sequence? Have you read excellent novels that weren’t told that way? If you’re a writer, do you tell sequential stories?

*NOTE: The title of this post is a line from Billy Joel’s The End of the World.