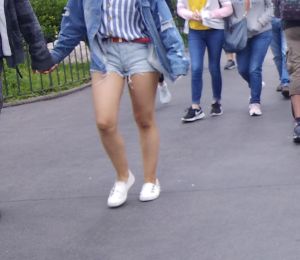 Right now, I’m working on a novella in which the main character is a fifteen-year-old girl who’s run away from home. She has her reasons (don’t want to give too much away…), and thinks she’ll be better off on the streets than in her home. But life on the streets can be vicious, and most teens who run away face life-threatening challenges. It’s little wonder that even dysfunctional parents are usually distraught when their child runs off. And that’s to say nothing of ‘throwaways’ – young people who are thrown out of their homes because they’re LGBTQ+, or because they’re pregnant, or for some other reason. It’s not easy to write this story (and I’m not even getting as gritty as I easily could), but for millions of young people, it’s all too real. There are plenty of fictional runaways, too, and it’s interesting to see how this particular problem is addressed in the genre.

In Tony Hillerman’s The Ghostway, sixteen-year-old Margaret Billy Sosi runs away from the residential school she attends. The school contacts the police, and Sergeant Jim Chee is tasked with finding the girl. At the same time, he is looking for Albert Gorman, a Los Angeles Navajo who’s moved to the Reservation. Chee discovers that Gorman is distantly related to Margaret, and suspects that the two cases are related. He traces the missing teen to Los Angeles where he finds her, only to have her leave again. As the story continues, we learn that Chee’s cases are related to a Los Angeles crime ring, and to murder.

Robert B. Parker’s Family Honor features Boston PI Sunny Randall. In the novel, she is hired by wealthy Brock and Betty Patton to find their fifteen-year-old daughter, Millicent ‘Millie.’ The girl has taken off before, but this time, she’s been gone more than ten days. Randall is not exactly impressed with the Pattons, but she takes the case. She’s good at what she does, too, and manages to find Millicent. She discovers that Millie has turned to prostitution, and is under the control of a pimp. Randall manages to rescue Millie, but the case ends up being a lot more complex than simply reuniting a runaway with her parents. It turns out that looking after this particular teenager is going to get Randall in a lot more danger than she’d thought.

Peter Robinson’s Cold is the Grave puts Detective Chief Inspector (DCI) Alan Banks in a difficult situation. He and his boss, Chief Constable Jeremiah ‘Jimmy’ Riddle, don’t exactly see eye to eye. But Banks certainly has sympathy when Riddle asks for help. It seems that Riddle’s daughter, Emily, has left home. On the one hand, she’s of legal age, so technically speaking, this case doesn’t count as a ‘runaway.’ But she is young, and her father wants her found as soon as possible. His son, Benjamin, has found pornographic pictures of Emily on the Internet, and Riddle is worried for her safety. He asks Banks to look into the matter and see what’s happened to Emily. Banks agrees (he is, after all, a father himself), and finds that this case takes him into some dangerous and seamy parts of London.

In Jill Edmondson’s The Lies Have It, Toronto PI Sasha Jackson gets a new and difficult case. Harold and Phyllis Edquist want to hire her to find their daughter, sixteen-year-old Macy. She’s left home several times before, but always returns within a few days. This time, though, she’s been gone for nearly a month. It seems like a case of a goth teen who is rebelling against her conformist parents and the small town outside Toronto where they live. But it’s dangerous for young people to be on the streets, and Jackson gets busy on the case. She traces the girl to one of Toronto’s seamier areas, where she’s been living with squatters. When she finds her, though, Macy refuses to go home, and of course, Jackson can’t force her to go. It turns out that Macy’s problems won’t just be solved with a full meal and a bed for the night.

And then there’s Peter May’s Runaway. The story begins in 1965, when Jack Mackay and his friends decide to run away from their homes in Glasgow and head to London, so they can make it big as musicians. They make it to London, but soon get caught up in more than they had imagined, and it all ends in a murder. Fifty years later, another band member says that he knows who actually committed the crime, and that it wasn’t the person everyone thought. He wants the remaining band members to go back to London with him, so they can set things right. The story follows both timelines, and as it does, we find out who’s been killed and why. Among other things, the novel shows that being a runaway can be very dangerous.

And it really can. Teens run away from home for a number of reasons, and they often think they’ll be able to manage themselves. But living on the streets is hard, and the odds are against a teen being able to make it alone. It can be horrifying to think of in real life, but it can make a compelling plot line.

*NOTE: The title of this post is a line from Soul Asylum’s Runaway Train.

Interesting fact: The official video for this song included the names and ‘photos of a number of runaway children. I understand that 20 of them were re-united with their families as a result of the video.

6 thoughts on “This Time I Have Really Led Myself Astray*”