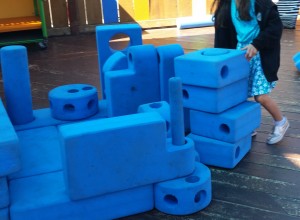 It’s not easy to be a writer. And one of the hardest aspects of it is that writers get rejections – a lot of them – from literary agents, editors, and publishers. On the one hand, those people have to make a living, and it makes sense that they want to support what will sell. On the other hand, rejection hurts. Writers work hard to create their best stories, and it’s hard to hear that they’re not accepted. And good writing comes from within, so a rejection can feel very personal, even if it’s not intended that way.

Nevertheless, rejection is a part of life for a writer, and it’s heartening to know that lots of very famous (and ultimately very successful) writers have had their work rejected. Some of them had years of rejection. Having the perseverance to continue in spite of a stream of ‘no’ is an important part of being a writer, too.

Agatha Christie is one of the most successful crime writers of all time. Only Shakespeare’s work has sold more copies than her work. And yet, it wasn’t a smooth road for Christie. Her debut novel, The Mysterious Affair at Styles, was rejected for five years before she found a publisher willing to take a chance on the novel. If you’ve read it, you may not consider it the best of Christie’s work. But it was the beginning of a distinguished career that’s the envy of many other crime writers. And it introduces one of the iconic crime-fictional characters, Hercule Poirot.

John le Carré’s work is often considered the gold standard when it comes to espionage and thriller fiction. And if you’ve ever read his work, it’s not hard to see why. His George Smiley novels alone have become classics in that subgenre. And yet, he faced his share of rejection, too. When The Spy Who Came in From the Cold was being sent around to publishers, one of them rejected it and sent a note to another. The note purportedly said:

‘You’re welcome to le Carré – he hasn’t got any future.’

I think many of us would beg to differ.

Tony Hillerman’s first novel, The Blessing Way, introduces one of his main characters, Lieutenant Joe Leaphorn. Fans of the series can tell you that Leaphorn is a member of the Navajo Nation. So is Jim Chee, Hillerman’s other main protagonist. The books featuring those characters have sold millions of copies, and part of the reason is that they depict the Navajo way of life in a respectful and dignified way, but also honestly. And for many people, that’s one of the major appeals of the series. Hillerman has won many awards and prizes for his books, too. And yet, one editor who read The Blessing Way advised Hillerman that if he wanted to be published, he’d have to

‘Get rid of that Indian stuff.’

Fortunately for all of us, he didn’t.

John Grisham’s first novel, A Time to Kill, is the story of Mississippi lawyer Jake Brigance, who is hired to defend a client in an explosive case. The novel raises all sorts of important legal, moral, and ethical issues, and vividly depicts small-town Mississippi. The novel was rejected nearly 30 times by agents and publishers, until Wynnewood Press picked it up. The story is that at first, Grisham carried copies of the book in the back of his car, so that he could sell them to anyone who would buy. Since that time, of course, he’s become one of the best-known authors of legal novels, and won many prizes, including the University of Alabama School of Law/American Bar Association’s Harper Lee Prize for legal fiction. Score one for Wynnewood Press, which took a chance on the novel. Later, Grisham’s books were published by Doubleday, and now by Random House.

Catherine O’Flynn’s  What Was Lost is perhaps not as well known as some of the other books mentioned here. But it’s been very well received, and it’s gotten critical acclaim as well as some commercial success. It’s the story of ten-year-old Kate Meaney, who is growing up in 1980’s Midlands. She wants very much to be a detective, and even starts her own investigation company, Falcon Investigations. When a new mall goes up, Kate decides to spend time there, guessing that there’ll be plenty of crime committed at a mall. Then she disappears. Despite a massive search, no trace of her is found – not even a body. It’s not until some 20 years later that the truth about Kate is discovered. The novel was rejected by 20 agents and publishers before it was finally published by Tindall Street Press. The people who decided to publish the book must have been very pleased with their decision. It won the 2007 First Novel Award at the Costa Book Awards and was longlisted for that year’s Man Booker Prize and Orange Prize. Of course, winning an award is not always a guarantee that a book is excellent. Still, it’s a far cry from a publisher’s rejection.

I could mention many other authors who are now famous, but who’ve been rejected, sometimes by many different publishers, agents and editors. It’s never easy to get a rejection. But a rejection doesn’t mean that an author’s work shouldn’t be published. Where would we be without Christie, le Carré, Hillerman…. ?

*NOTE: The title of this post is a line from Bias Boshell’s I Got the Music in Me.

8 thoughts on “When Something Gets in My Way, I Go Round It*”