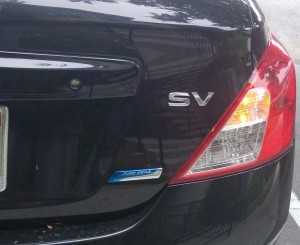 In a well-written whodunit, the author provides information, clues, and so on, so that the protagonist (and the reader) can work out who the killer is. What’s interesting about some of those clues is that they telegraph the end of the story if the reader is aware enough to get the right meaning from them. Even in crime novels that aren’t whodunits, authors also sometimes telegraph other things, too (for instance, an event that will happen). And when the savvy reader picks up those hints, it can be satisfying. Of course, leaving those hints can be tricky, because readers don’t generally like plots that are too predictable. Still, picking up on those hints can almost feel as though you caught the author winking at you.

One of the more obvious types of this signaling comes in novels that use the ‘had I but known’ trope. Mary Roberts Rinehart’s work is perhaps the most famous for this, but there are plenty of other authors who’ve done the same thing. Such comments nearly always mean that the reader will want to pay attention to what comes next.

Agatha Christie telegraphed hints in several of her stories. There’s one, for instance, in which one sentence identifies the killer. I won’t give spoilers, but I will say that it takes a very alert reader to pick up on that sentence. Later, when the truth is revealed, it’s very obvious what the sentence meant, but it’s not so obvious when you first read it. Christie fans will know that she also uses certain descriptions, sentences, and so on to telegraph important information – that is, for those readers who can pick up those signals and understand their meaning.

Rachel Abbott’s Only the Innocent begins with the murder of wealthy philanthropist Hugo Fletcher. Detective Chief Inspector (DCI) Tom Douglas and his assistant, Sergeant Becky Robinson, take the case and begin their work. The victim was killed during a sexual encounter, so attention is immediately drawn to his wife. Laura. But she was abroad at the time of the murder, In fact, Douglas and Robinson can’t even interview her at first, because she doesn’t return until after the body is discovered. So, the detectives have to widen the net, so to speak. There is a hint at the beginning as to who is responsible, and it makes a great deal of sense later in the story. But I’ll be honest; I didn’t pick it up at first. It’s an interesting example of how an author can telegraph things.

Mari Strachan has an interesting way of telegraphing information in The Earth Hums in B Flat. In the novel, we are introduced to twelve-year-old Gwenni Morgan, who lives in a small Welsh village in the 1950s. Gwenni is a reader, a dreamer, and she’s curious about the world around her. So, when one of the villagers, Ifan Evans, goes missing, Gwenni wants to know what happened. It’s more than just her curiosity, though. Gwenni knows the Evans family, and babysits their children now and again. She gets along with Evans’ wife, Elin, too, so she wants to do what she can to help. Then, she has a dream in which she sees a body. Not long afterwards, Evans’ body is discovered. Now Gwenni starts to ask questions. She’s intelligent, but she has a child’s perspective. So, some of the things that she sees and hears don’t resonate with her the way they would with an adult. There is information provided that helps the reader make sense of the Ifan Evans’ death. Strachan also uses this approach to sharing some other things about the village, its people, and its history.

Sometimes, authors even do this sort of signaling as a way of foreshadowing. For instance, Dorothy L. Sayers’ The Nine Tailors begins as Lord Peter Wimsey and Mervyn Bunter are involved in a car accident and are left stranded near the village of Fenchurch Saint Paul. The local vicar, Theodore Venables, rescues the men and allows them to stay at the vicarage while the car is repaired. That’s how Lord Peter gets drawn into a murder case a few months later – one that’s related to the town’s past, and to a robbery. In one sub-plot, we learn early in the novel that the village is in danger of flooding because some of the storm sluices are not in very good condition and won’t likely survive a major storm. Later in the novel, that’s exactly what happens. A flood threatens the town, and the vicar has all he can do to try to protect as many of the townspeople as possible. It’s an effective way to add tension to the novel.

It’s not easy to effectively telegraph hints to the reader. After all, if the clues are too obvious, there’s much less suspense in the novel. If they’re too obscure, the reader can be left frustrated. But those hints and information are often there for the reader who’s alert enough to find them.

*NOTE: The title of this post is a line from The Black Queen’s One Edge of Two.

10 thoughts on “Telegraphed My Ending to You*”