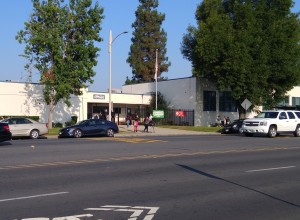 The 7-Eleven was a good place to watch and wait. It was just across the street from the school – close enough to get a good look at the kids, but not close enough that anyone would notice you. And as long as you looked busy and pretended to talk on a phone or something, nobody thought anything of it if you stood in the parking lot.

Adam kept his eye on the slow but steady stream of kids walking towards the school. Yup, there was the girl he’d had his eye on for the past couple of days (you couldn’t stay in one spot much longer than that, or you’d call attention to yourself). She was a cutie – long brown ponytail, what looked like a new pair of jeans, and a pink jacket. The right age, too – about eight. She’d be perfect. Adam knew people who would pay top dollar for a kid like that, and without a lot of questions.

Sometimes, Adam’s friend Chantal helped out. Kids were usually more trusting of a woman, and she had a way of keeping them calm. But Chantal was out of town this week, so Adam was going it alone. As he watched, the little girl went into the school. Well, that was OK; he’d be back later.

That afternoon, the kids left the building, some on skateboards, some walking with friends, and some meeting parents. Adam stood at the 7-Eleven again, watching them. Then he saw her. The little girl he’d picked out. He waited for a few minutes to check which direction she went in, and whether she met anyone. Nope. She seemed to be walking by herself. He slowly straightened up from the wall he’d been leaning against, and walked towards the crosswalk that separated the 7-Eleven from the school. His timing was good; he got to the other side of the street just as the girl reached the crosswalk. He fell into step beside her.

‘Hi,’ he said. She looked up at him and gave him a shy half-smile. ‘I’ll walk across the street with you. It can get dangerous here.’
‘OK.’
After a moment, he went on. ‘I like your jacket. It’s really cool.’
She looked down at the jacket. ‘My daddy got it for me.’
‘It’s got Pokémon on it. Do you like Pokémon?’
‘I watch the TV show, and I can draw some of them, too.’
‘Wow, that’s great!’ Just a few steps more and they’d be close to the 7-Eleven where he’d parked. If he could just keep her talking until then.
‘My name is Jim,’ he lied. ‘What’s yours?’
‘Sofia.’
‘That’s a pretty name. Well, Sofia, I like Pokémon, too.’

They were a foot or two from Adam’s car. He reached into his left pocket and pressed the ‘unlock’ button on his key fob. Keeping Sofia between him and the car, he leaned over, pulled the car door open and pushed her into the back. ‘Keep your head down and your mouth shut!’ he growled at her.  At first, she seemed too stunned to say anything, but Adam knew it wouldn’t be long before she started yelling. He was going to have to get out of there quickly. For now, he locked the car doors. The child safety lock was on, so he knew the girl wouldn’t be able to get out of the back. Even so, he didn’t want anyone to see her, especially if she was trying to get attention. People seemed to be minding their own business, but it only took one glance.

Adam looked around to be sure nobody was watching. So far, so good. He was getting ready to get in the car himself when he heard a voice.
‘Excuse me! Excuse me.’ A man rushed up to him and gasped out, ‘Have you seen a little girl come this way?’
‘I just saw a bunch of kids go by. I think they were just getting outta school or something. Is that what you mean?’ Stay calm, Adam told himself. Don’t do anything the guy’ll remember later. Still, he couldn’t help a quick glance at the car. No little face in the window. Good.

The other man swallowed and nodded. ‘Yeah. I’m looking for one of the kids that just got out.’
‘What’s he look like?’
‘She. It’s a she. Long brown hair and a pink Pokémon jacket.’
‘She your daughter?’
‘No. I’m picking her up for my boss, and he is going to have my ass on a plate if I don’t get back there with her, and soon. We were supposed to meet here, at the 7-Eleven, but I got held up in traffic.’

The other man’s eyes had been flicking back and forth, checking the faces of each of the children as they went by. He looked worse and worse as each one passed.
‘Maybe she’s inside the store,’ Adam suggested. Anything to get this guy out of his way.
‘Yeah, maybe. She’s not supposed to, but she does that sometimes.’
‘There you go, then. I’ll bet she’s in the store. And I’m sure your boss will be fine.’
‘Oh, buddy, you don’t know my boss. You ever heard of Johnny Sinclair?’ Adam knew the name and reputation. Sinclair was one of the more dangerous guys in town. He ran several businesses, only one or two legitimate. Definitely not the sort of person you wanted to cross, and anyone with any sense stayed out of his way. Adam nodded briefly. ‘Heard of him.’

‘Well, it’s his kid I’m supposed to meet. I’m supposed to look out for her.’ He patted his pocket for emphasis. ‘Anything happens to her, and God help whoever’s responsible. Look, I gotta find her. I’m going to check in the store. You see a kid in a pink Pokémon jacket, you let me know, OK?’
Adam swallowed hard. ‘Sure,’ he croaked. The other man turned to go into the store just in time to see Sofia’s head pop up and look out of the car window. She hammered on the window as Adam felt his face go pale.

8 thoughts on “Pick Up Time”