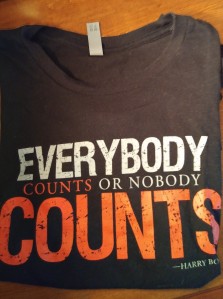 One of the things crime fiction shows us is what (and whom) society values. If you read enough crime fiction, you see that some deaths get a lot of attention, and a lot of resources are devoted to their investigations. Other deaths, on the other hand, don’t get as much attention or resources, and may go unsolved for that reason. It may not be something to be proud of, because in an ideal world, every murder would be investigated thoroughly. But in real life, and in crime fiction, that’s just not what happens.

We see that fact play out starkly in P.D. James’ A Taste For Death. In it, Crown Minister Paul Berowne is found murdered in a church. Since his death is likely to attract a lot of media attention, a special team is put in the case: Commander Adam Dalgliesh, Detective Chief Inspector (DCI) John Massingham, and Detective Inspector (DI) Kate Miskin. It’s hoped that they’ll be able to solve the case quickly and with a minimum of media hype. Before long, they’ve begun to gather evidence and determine who had a motive for murder. It’s a complex case, but the team does get to the truth. What a lot of the public don’t know is that a tramp named Harry Mack is also found at the church, also murdered. There’s not a lot of attention given to his death; and, although the team does find out who the killer is, we see in the novel that Mack’s death doesn’t get nearly the attention that Berowne’s does.

Michael Connelly’s Harry Bosch has a personal rule: Everybody counts or nobody counts. His view is that every murder deserves the same dedicated investigation. He lives out his creed in more than one book, including The Last Coyote. When he is temporarily suspended for a dangerous, angry outburst, Bosch is assigned to psychological counseling. He goes through with it, but he’s also feeling the lack of purposeful work. So, he uses the time to look into the murder of a prostitute, Marjorie Lowe. She was killed years earlier, but there’s never been a serious investigation into her death. So, Bosch takes the case up. It’s got special meaning for him because the dead woman was his mother…

Damien Seaman’s The Killing of Emma Gross also shows that society often doesn’t pay much attention to the death of a sex worker. It’s a fictional account of the 1929 murder of a Düsseldorf sex worker. At the time, a man named Peter Kürten was arrested and charged in connection with the crime; in fact, he confessed. Later, though, he recanted his confession. Interestingly he did admit to other murders, but he claimed that Emma Gross’ was not one of them. No-one else was ever successfully prosecuted, and the investigation wasn’t pursued. In this retelling, Detective Inspector (DI) Thomas Klein has been working on a set of killings that he believes Kürten committed, and he’s certain that Kürten will be arrested and tried for those murders. But there are some aspects of Emma Gross’ murder that lead Klein to suspect that someone else was responsible. So, he decides to look into the case a little more deeply. One of the challenges he faces is that no-one is particularly interested in solving the murder of ‘just a prostitute.’ It’s hard to get people to remember, to share what they know, and so on. In the end, though, he finds out the truth.

In Ernesto Mallo’s Needle in a Haystack, we meet Venancio ‘Perro’ Lescano, a police detective in late-1970s Buenos Aires – a very dangerous time to be in that city. Anyone suspected of disagreeing with the ruling junta is likely to ‘disappear,’ and people have to be very careful of everything they say. In this context, Lescano tries to do his job the best he can. One morning, he’s called to a riverbank where three bodies have been found. Two bear all the signs of an army ‘hit,’ and Lescano knows better than to question those deaths. The other, though, is just different enough that it might be a separate murder. The dead man turns out to be Elías Biterman, a successful pawnbroker and moneylender. Lescano has to work very carefully on this case, as there’s a lot of pressure to just let it go. After all, it’s ‘only another dead Jew.’ Besides, Biterman’s killer is being protected by some powerful people who won’t stop at killing Lescano. It’s a challenging case, but in the end, Lescano finds out the truth.

The murders of the poor and homeless are also sometimes not as thoroughly investigated as they might be. For instance, Kalpana Swamintham’s Greenlight is the story of a set of murders that take place in the Mumbai slum of Kandewadi. Some children have disappeared and later turned up murdered, and parents are terrified. But it’s a slum, and these are very poor families. They’re not famous or ‘important.’ So, almost no attention is paid to the deaths at first. But after more children go missing, Inspector Savio is finally assigned to investigation. He consults with Lalli, a retired police inspector who was actually one of his mentors, and she works with him and his team to find out what’s behind the murders. Throughout the novel, we see how, for some people, the deaths of some ‘slum kids’ just doesn’t matter the way the death of someone ‘important’ does.

It’s not always easy to admit. But if you look at crime fiction (and, sadly, real life), some deaths do get more attention, resources, and energy than others. And that itself can add an interesting plot line to a story.