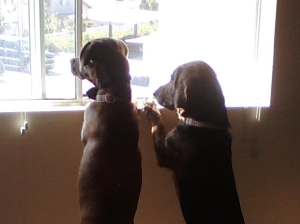 Most of us have soft spots, even if we’re cynical about a lot of things. A tough soldier may be sentimental about dogs. A hardened cop may be an art lover. A jaded sex worker may develop a genuine fondness for the little kids who live next door. Those soft spots can put us in touch with things we love and remind us that life isn’t all bleak. And in fictional characters, those soft spots can add much to character development.

For example, one of the recurring characters in Agatha Christie’s work is Superintendent Albert ‘Bert’ Spence. During his years on the force, he’s a tough, no-nonsense copper, although he is fair-minded enough not to want an innocent man hanged (Mrs. McGinty’s Dead has those details). But, as we find out in Hallowe’en Party, Spence has a soft spot for his garden. In that novel, Hercule Poirot seeks Spence out for help with the case of a young girl who’s been drowned. Spence lives in the area, and Poirot’s hoping he can give some insights. When Poirot arrives, Spence is busy watering and weeding the garden, and it’s interesting to see the attention he devotes to it. He’s not alone, either; lots of tough, cynical people enjoy gardening.

James Lee Burke’s Dave Robicheaux is a tough cop. He’s lived through the Vietnam War, several personal tragedies, and, of course, the bad guys who’ve done their best to kill him. He knows as well as anyone can that trusting anyone is a major risk, and that showing vulnerability can get you into serious trouble. But that doesn’t mean he has no soft spot. He has a deep attachment and devotion to his adopted daughter, Alafair. As fans of this series know, Robicheaux wouldn’t have thought of himself as a father. But when he witnessed the plane crash that killed Alafair’s mother, he saw that the child had no-one else. Robicheaux took her in and later adopted her. They’ve developed a strong bond since then, and he does everything he can to take care of her and give her a good life.

Fred Vargas’ Lieutenant Violette Retancourt is also a big, tough sort of cop. She doesn’t get along well with people as a rule, and she has no time or patience for what she considers stupidity. She even butts heads with her boss, Commissaire Jean-Batiste Adamsberg. She’s not the sort of person most people want to cross. But she has a soft spot for animals. She actually communicates better with animals in her way, than she does with people. That’s part of the reason she has a real connection with Snowball the office cat. She’s the only one Snowball has bonded with, and the two really seem to understand each other. In fact, in one part of This Night’s Foul Work, Retancourt goes missing while she’s working on a case. Snowball is able to track and rescue her, and it’s interesting to see how the two connect.

There’s also Lilian Jackson Braun’s James ‘Qwill’Qwilleran. He’s a former big-city journalist who’s moved to Moose County, ‘400 miles north of nowhere.’ He’s seen plenty of tragedy in his life and had his own personal ups and downs. And in many ways, he’s cynical. He’s not the sentimental type, either, and certainly not one to gush. He does have his soft spot, though: his Siamese cats, Kao K’o Kung (Koko) and Yum Yum. They get choice foods, they go with Qwill when he travels, and he speaks to them as though they were people. He even reads aloud to them. The cats are very much Qwill’s top priority, and his relationship with them gives his character a solid layer.

In Spencer Quinn’s The Right Side, we are introduced to US Army Sergeant LeAnn Hogan. She’s been badly wounded in Afghanistan; she lost her right eye, and the right side of her face is badly scarred. While she’s at Walter Reed National Military Medical Center in Bethesda, Maryland, she develops a friendship with her roommate, Marci Cummings. When Marci dies unexpectedly, LeAnn loses an important source of support, and decides to leave the hospital. She ends up on a road trip that takes her to Marci’s hometown of Bellville, Washington. She’s too late to attend Marci’s funeral, but she does want to pay her respects to Marci’s mother. That’s when LeAnn discovers that Marci’s eight-year-old daughter, Mia, has gone missing. LeAnn decides to stay in the area and help find the girl if she can. That’s when she meets a stray dog who takes a liking to her. LeAnn wants no part of a pet at first, but gradually, she warms to the animal, and calls the dog Goody. LeAnn’s been toughened by war, by her injuries, and by the process of recovery, but she has a soft spot for Goody, and it’s interesting to see that side of her.

And that’s the thing. When a tough character has a soft spot, that facet of the character’s personality can add depth to the character. It also allows for plot threads, new characters, and so on.

ps The ‘photo? How can you not have a soft spot for companions who wait for you so eagerly?

*NOTE: the title of this post is a line from Billy Joel’s Keeping the Faith.