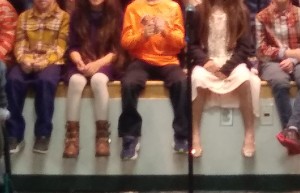 Do you have friends you’ve known for a long time – perhaps since childhood? If you do, then you know that lifelong friends can anchor us when life turns us upside down. Friends like that know what we’re like, and they stand by us even when we do stupid things and make fools of ourselves. Groups of friends have a shared history, and that can be comforting. It’s not always that way, though. At least in crime fiction, friends can also keep secrets, and that can prove disastrous.

Agatha Christie’s The Mysterious Affair at Styles introduces Captain Arthur Hastings. As the novel begins, he travels to Styles Court, in Essex. He’s there to recover from a war wound (WWI) at the home of Emily Inglethorp, whom he’s known for many years. Hastings and her stepsons, John and Lawrence Cavendish, have been good friends for a very long time, and he’s looking forward to renewing their acquaintance. When Hastings arrives, he’s warmly welcomed, and he’s hoping for a pleasant visit. Instead, late one night, Emily Inglethorp is poisoned. The Cavendish brothers are determined to keep the matter out of the press, so they don’t want to bring in the police. As it turns out, though, another friend of Hastings, Hercule Poirot (who also makes his debut in this novel) is living in the local village, and the Cavendishes agree that Hastings should ask Poirot for assistance in the case. As it turns out, there’s more than one motive for this murder…

In Peter May’s Runaway, it’s 1965, and Jack Mackay and his friends decide to run away from their homes in Glasgow and go to London, where they’re hoping to make it big as musicians. All starts off well enough, but then they get caught up in things they hadn’t planned on, and it all ends in murder. Fifty years later, one of the band members claims that the police got the wrong person for the murder. He wants the remaining band members to get back together and return to London to set things right. It’s a journey back in time, so to speak, and it shows how friends stay connected, sometimes over many decades. You’re right, fans of May’s The Blackhouse. There’s a lot of good stuff about lifelong friendships/relationships in that one, too.

In one plot thread of Paul Thomas’ Death on Demand, we meet four men: Christopher, Jonathan, Adrian, and Fraser. They’ve been friends for a long time and keep in touch regularly. For the past fifteen years, they’ve met every year for a ‘lads weekend,’ and they are committed to keeping up their friendship that way. Their stories are connected with the main plot thread, which concerns Tito Ihaka of the Auckland Police. Five years earlier, he investigated a case in which a man was accused of hiring a hitman to kill his wife. He wasn’t convicted, but Ihaka always believed he was guilty. He wasn’t shy about stating that, either. The accused man was rich and powerful, and managed to get Ihaka exiled to a small town. Now, Ihaka’s boss contacts him to tell him that the very man he’d accused of murder wants to talk to him. So, Ihaka returns to Auckland. To his surprise, the man confesses that he actually did hire a hitman, and he’s worried because there’ve now been other killings. He thinks the hitman he hired is responsible, and he wants Ihaka to find out who it is. It’s a complicated case, and Ihaka has to tease apart several threads to find out the truth.

Ruth Ware’s In a Dark, Dark Wood begins as journalist Leonora ‘Nora’ Shaw gets a very unexpected invitation. It seems that her old friend, Clare Cavendish, is getting married, and another friend, Florence ‘Flo’ Clay is planning a hen do for her. Nora hasn’t seen Clare for ten years, and at first, she’s inclined not to go. But Flo insists.  So, Nora makes a pact with her friend, Nina da Souza, who’s also been invited. Each agrees to go if the other goes. Along with Nora and Nina, Flo has invited Tom Deauxma and Melanie Cho. The weekend party is to take place at a summer home owned by Flo’s aunt, and Flo has everything carefully planned, so it will be perfect. It’s not. Almost as soon as the weekend begins, there’s tension in the group, even among these people who’ve known each other for a while. They have a history together, and that’s slowly revealed as the story goes on. Before long, everything starts to unravel, and the weekend ends in tragedy.

And then there’s Holly Jackson’s A Good Girl’s Guide to Murder. High school senior Pippa Fitz-Amobi is preparing her capstone project as one of the requirements for graduation. She decides to look into the five-year-old disappearance of Andrea ‘Andie’ Bell, who drove off from her home one night and never returned. Not even a body has been discovered. It was always believed that Andie’s then-boyfriend, Sal Singh, killed her. The police couldn’t gather enough evidence to charge him, but the town judged him and found him guilty. Shortly after that, he committed suicide. Now, Pippa wants to know what really happened, and she starts asking questions. As a part of looking into the case, she talks to Andie and Sal’s friends, and she finds out that they were, in their way, a tight-knit group who knew both young people. They’re able to give Pippa some important insights into Andie’s character.

And that’s the thing about friend groups, especially if the members have known each other for a long time. They have a shared history, and sometimes some shared secrets. And in healthy groups, they can provide a lot of support.

*NOTE: The title of this post is a line from Jim Jacobs and Warren Casey’s We Go Together.

20 thoughts on “We’ll Always Be Together*”