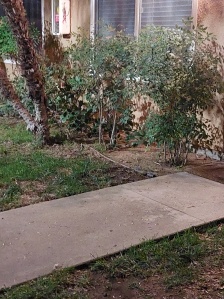 It was hot in the room, and the music was so loud that Alexis couldn’t hear herself think. The smell of beer mixed with perfume was overpowering, too. She started to wonder why she’d let Marissa talk her into coming to this party.
“It’s been a month since you broke up with Doug,” Marissa said.
“I hate big parties. Too many morons and too much bad music.” Still, Alexis had finally agreed to go, “Just for an hour or so. That’s it!”

Alexis looked around. Marissa was flirting with some guy and obviously didn’t want to be disturbed. It was a good time to go outside and at least get a breath of air. She crossed the room, grabbed her jacket from the pile heaped by the door, and headed outside. It was quieter here, even though people were talking. Alexis could actually hear the scrunch of leaves as she walked across the lawn.

“It’s a lot nicer out here, isn’t it?” Alexis looked up. There was another girl standing near her. She had straight brown hair and wore a denim jacket. “Sorry if I scared you,” she said.
“No, I just didn’t see you at first is all.”
The other girl held out a pack of cigarettes. Alexis shook her head. “No, thanks,” she said. The other girl shrugged and lit one for herself. She took a puff and said, “I’m Edie. What’s your name?”
“Alexis.”
“Having a good time?”
Alexis shrugged a little. “Meh, not really. Big parties aren’t my thing.”
“Mine, either.”
“So why’d you come?” Alexis wanted to know.
“My sister dragged me here.”
Alexis couldn’t help laughing a little. “My friend dragged me here.” Now Edie laughed, too. That broke the ice, and the girls chatted a little more.

A car pulled up and three guys got out. “Aw, shit,” Alexis muttered.
“What’s wrong?”
“One of those guys is my ex. Doug. We broke up a month ago and I just do not want to see him.”
“I have an idea. Screw this party. Someone else I know is having a way better party than this one. I only came here because of my sister. Want to check the other party out?”
Alexis thought for a minute. She didn’t want to be at this party, not with Doug there. And Marissa wouldn’t miss her. Her phone was charged up, too, so if there was a problem, she could get help. “Where is this other party?”
“A few blocks from campus. Don’t worry, it’s safe. I’ve been there before.”
Finally, Alexis caved. “OK, but we take an Uber.”
“OK”

Edie had been right. This party was lot better than the other one. There were only about ten people there, and the music was better. It was an older, spookier-looking house, but inside it was nice, and Alexis started to relax. Somebody passed her a beer, and she took a few sips of it. She went over to a table that held chips, crackers and cheese, and some other snacks and filled a paper plate. She sat down on the edge of one of the chairs and ate, finishing her beer as she did.

About twenty minutes later, a guy – was his name Jake? Jack? Something like that – asked Alexis to dance. She stood up and the room started to whirl around. She couldn’t keep her balance and plopped back down onto her seat. God, how embarrassing! “You OK?” Joe or Jake or whoever asked. His voice sounded washed out, as if he were underwater, or she was. By then she couldn’t answer.

The first thing Alexis felt when she woke up was wet. She opened her eyes. She couldn’t really lift her head, but she could see that she was on grass. Must be someone’s lawn. She slowly moved her legs and arms until they felt a little less stiff. She sat up, and that’s when everything started to hurt. She looked down. Cuts, scratches, and pain. Tears formed in the corners of her eyes. God, someone must have drugged her! She didn’t want to think about what else might have happened.

Alexis felt in her pocket. Thank God her phone was there. She pulled it out and made a call. “Mom, it’s me.” She couldn’t keep the tears from her voice. “I need help.”
“Where are you, honey? I’ll be right there.”
Alexis looked around. That was Statwell Hall over to her right. She was lucky she hadn’t been dumped somewhere she didn’t know.
“I’m near Statwell Hall, on campus.”
“On my way.”

Heather ended the call, grabbed her purse and raced towards her car. Ten minutes later, she pulled up to Statwell Hall. She jumped out of the car and shouted, “Alexis!” A minute later, Alexis limped into view. Her clothes were torn, and her hair was matted, but she was alive. Heather ran over and hugged her daughter. “It’s OK,” she murmured over and over. After a moment or two, she half-carried Alexis to the car. “I’m taking you to the ER,” she said. Alexis was too tired to argue.

“No broken bones or internal damage,” the ER doctor reported. “But – ”
“But I was raped?” Alexis swallowed hard.
The doctor nodded. “I’m afraid so. We’ll get you the help you need. You’ll get through this.”
Heather said, “Oh, don’t worry. We will definitely get through this.”

When the doctor had gone, Heather turned to Alexis. She pulled a small notebook and a pen out of her purse. “OK, I know this is hard. You need to tell me every detail, though.”
And Alexis did.

When she was done, Heather said, “You did good. Just leave it to me.” Then, she glanced down at her notes. Alexis had a good memory, even though she had been drugged. It wouldn’t be hard to find out where this party was and who this guy Jake or Jack was. That kind of research comes naturally to crime writers. No-one was going to mess with Alexis again. You just don’t mess with a crime writer’s child.