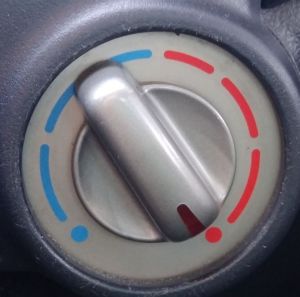 Authors sometimes address controversial topics in their writing. And most people would argue that authors have the right to explore whatever topics they want to, including controversial issues. Controversy can add to the tension in a story, but it’s not enough in itself to keep most readers engaged and interested in the outcome. There also have to be an interesting plot and well-drawn characters. It can be difficult to strike that balance, but when it works, it’s a way for authors to write about potentially divisive topics in the context of an absorbing story.

Agatha Christie took up more than one controversial topic in her work. In Hickory Dickory Dock, for instance, Hercule Poirot works with Inspector Sharpe to find out the truth behind series of unusual happenings at a student hostel. It all begins with some strange thefts, and ends up in three murders. In the process of investigating, both Poirot and Sharpe interview the hostel’s residents and learn quite a bit about them. There are students from several different parts of the world, and there are interesting discussions on race relations, communism (the novel was published during the early part of the Cold War), and the question of what really creates the criminal. All of these have been quite controversial if you think about it. Yet Christie doesn’t dwell on the arguments on each side of these issues. Rather, her focus is the story and characters. The other topics fall out naturally from that.

Race and class can be very difficult, controversial topics to discuss. Yet, they are important issues, and some authors explore them within the context of larger stories. For example, Attica Locke takes up both topics in Black Water Rising, which is the story of Houston attorney Jay Porter, who is Black. In the novel, he gets drawn into a murder case which has links to some very high places. He also works on a case involving conflict between two unions that are trying to prepare for an upcoming strike. Race is one of the issues in this case, and Porter will have to face it. Locke has also written Bluebird, Bluebird, which features Darren Mathews, a Black Texas Ranger. He’s got his own personal issues, and is trying to negotiate the tenuous relations between the races in the part of Texas where he lives and works. Then a pair of murders draws him into a racially charged case that threatens to tear the community apart. The murders in these novels are the main parts of the plot. But Locke also explores race, class, and what they mean for modern society.

Abir Mukherjee’s Sam Wyndham series takes up the complex and controversial issue of colonialism and race relations in India. Beginning with A Rising Man, the series tells the story of Captain Sam Wyndham, formerly of Scotland Yard. In 1919, he moves to Calcutta to take a position with the Indian Police Service. He’s soon swept up into a case of murder when the body of a high official is found in an alley behind a brothel. As the series goes on, Mukherjee explores thorny questions around politics, race, and class. Yet, the series’ focus is on the individual characters, and the stories’ plots. Mukherjee discusses controversy in the contexts of the characters’ lives and perspectives, so that the emphasis is on the story.

So does Brian Stoddart in his series featuring Superintendent Christian ‘Chris’ Le Fanu. This series also takes place in India during the 1920’s. Beginning with A Madras Miasma, the novels follow Le Fanu’s personal and professional lives as he investigates murder against the backdrop of tense Anglo-Indian relations. Several controversial questions of politics, class, race, and the role of the police are woven into the series, and Stoddart doesn’t gloss over them. At the same time, the focus remains on Le Fanu and the other characters in the stories, as well as on the mysteries at hand.

One of the most controversial issues that every country has to address is immigration. It’s not just a matter of politics or money; it’s also a matter of cultural differences, assimilation (or not), and bias. Several authors have raised the topic, so there are plenty of examples in crime fiction. I’ll just share one, for the sake of brevity. In Gianrico Carofiglio’s Involuntary Witness, we meet Guido Guerrieri, an attorney who lives and works in Bari. In the novel, he is approached by Abajaje Deheba, who wants him to defend her partner Abdou Thiam against charges of the abduction and murder of nine-year-old Francesco Rubino. At first, Thiam doesn’t think there’s much that anyone can do. He’s a Senegalese immigrant without a lot of money, so he knows that the odds are against him. Still, he agrees to let Guerrieri defend him. As Guerrieri goes through the evidence and later, defends his client at trial, we see the impact immigration has on the lives of the characters. It’s a complex issue with very strong opinions on all sides, and the case shows that.

These are only a few examples of the sorts of very controversial topics that authors sometimes address. It’s not easy to do that in the context of a story, but bringing up those issues is an important way of keeping them in our minds, so that we can address them. What’s your view? How do you feel about authors who touch on those ‘hot button’ issues? If you’re a writer, do you address them? How?

NOTE: The title of this post is a line from Johnny Clegg’s Third World Child.

6 thoughts on “Keep Away From Controversial Politics*”