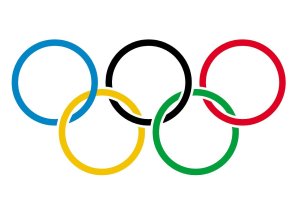 The 2020 Olympics will end on Sunday, 8 August, with the closing ceremonies. It’s been quite a series of events, with lots of exciting competition as well as behind-the-scenes drama and human interest. It’s all got me thinking about what it might be like if there were an Olympics for our top fictional sleuths.

Now, of course, you couldn’t expect a lot of the sleuths we love to compete in the usual Olympic events (although, now I think of it, Don Winslow’s Boone Daniels might have a chance at the surfing competition). But what if there were events that were better designed for these sleuths’ particular skills? If you’ll invite your disbelief to check out the remaining track and field events on TV, let’s take a look at…

Announcer One: I’m Celia Simmons.
Announcer Two: And I’m Tina Tiller.
Celia: And we’re here at the marathon knitting finals. It’s been quite an event so far, with a lot of strong competitors.
Tina: It sure has. And we’re now down to the two top knitting athletes, Miss Jane Marple (Agatha Christie), and Miss Maude Silver (Patricia Wentworth), both representing Great Britain.
Celia: They’ve both been outstanding so far. Each of them has some impressive creations.
Tina: Impressive isn’t the word for it! Now, there were some concerns raised about whether they’d attend this Olympics or would retire. And some people have been wondering about Miss Silver’s health, because of her frequent coughing. But she got a clean bill of health, and neither seems to be showing any signs of slowing down.
Celia: No, indeed. It’s going to be quite a showdown between those two.

Announcer One: I’m Fred Freeman.
Announcer Two: And I’m Peggy Patton.
Fred: It’s Day Three of the Pub Crawl event, and we’ve seen some exceptional crawling so far.
Peggy: Yes, we have. Right now, E. Morse (Colin Dexter) is in the lead for Great Britain. But he’s got some stiff competition.
Fred: That’s true. John Rebus (Ian Rankin), also representing Great Britain, and Jack Taylor (Ken Bruen), from Ireland, are giving it everything they’ve got, and either one of them could overtake Morse.
Peggy: We’ll have to see what happens as they approach the next pub, The Coachman’s Rest.

Announcer One: I’m Joe Jenkins.
Announcer Two: And I’m Brad Breem.
Joe: It’s the final day of this outdoor skills event, and it’s an important one.
Brad: Absolutely! Some sleuths rely on their survival skills to solve their cases, and this event is featuring some of the best.
Joe: Right now, we’re looking at three major contenders. Napoleon Bonaparte (Arthur Upfield) has been a leader in the outdoors competition for a long while. And he’s bringing Australia awfully close to winning a medal this time, too.
Brad: We can’t discount Anna Pigeon (Nevada Barr), though, who’s representing the United States. She’s a tough competitor who’s had experience in lots of different outdoor environments.
Joe: That certainly puts her in a good position, Brad. And let’s not forget her countryman Walt Longmire (Craig Johnson). He’s a veteran of survival skills, and he’s been working hard. The Americans could do very well in this event.

Announcer One: I’m Lisa Logan.
Announcer Two: And I’m Paul Powers.
Lisa: We’ve finally reached the finals of the Gourmand events, and I have truly never seen more dedicated competitors.
Paul: Neither have I, Lisa. People forget how important sharing a meal can be in solving cases, but these sleuths have mastered it. It’s a joy to watch them.
Lisa: Yes, it is. Now, we’ve been following a few of the gourmands very closely. One is the legendary Nero Wolfe (Rex Stout), who’s representing the United States. He’s devoted himself to fine food.
Paul: I’ve heard he even has his own chef.
Lisa: He does, indeed. But he’s not the only one who’s in serious contention here. There’s also Hercule Poirot (Agatha Christie). He’s been living in London for quite some time, but he’s actually Belgian, so he decided to represent that country this time.
Paul: I thought he was French. But there’s no mistaking the background of Salvo Montalbano (Andrea Camilleri). He’s from Sicily, and is representing Italy here today. And giving a fine performance. He’s definitely going to give Wolfe and Poirot a run for their money.

Announcer One: I’m Marlena Michaels.
Announcer Two: And I’m Seth Sawyer.
Marlena: Welcome to the final elimination in the Academics event.
Seth: It’s especially exciting because it’s the first time Academics has been included in the Sleuth Olympics. Some of the finest sleuths are academics, and it’s great to see them here.
Marlena: It is fantastic! And what an event we’ve seen so far. Joanne Kilbourn (Gail Bowen) has been really impressive for Canada, hasn’t she?
Seth: Yes, she has, Marlena. She’s been talked about as a natural for the gold. But she’ll have to get by some formidable competition.
Marlena: That’s right. For one, there’s Ruth Galloway (Elly Griffiths), Great Britain’s powerhouse. Cassandra James (Christine Poulson) is also here for Great Britain, and doing very well.
Seth: And there’s Japan’s Manabu Yukawa (Keigo Higashino). He doesn’t always get the media attention that the others do, but he’s got considerable skill. This is going to be quite a competition!

So, what do you think? What Sleuth Olympic events would you want to see?

ps. It wasn’t easy to choose sleuths for all of these events, because there are so many good ones. And I didn’t even attempt events like ‘Attorneys and Trials’ – far, far too many good competitors for me to list them all!